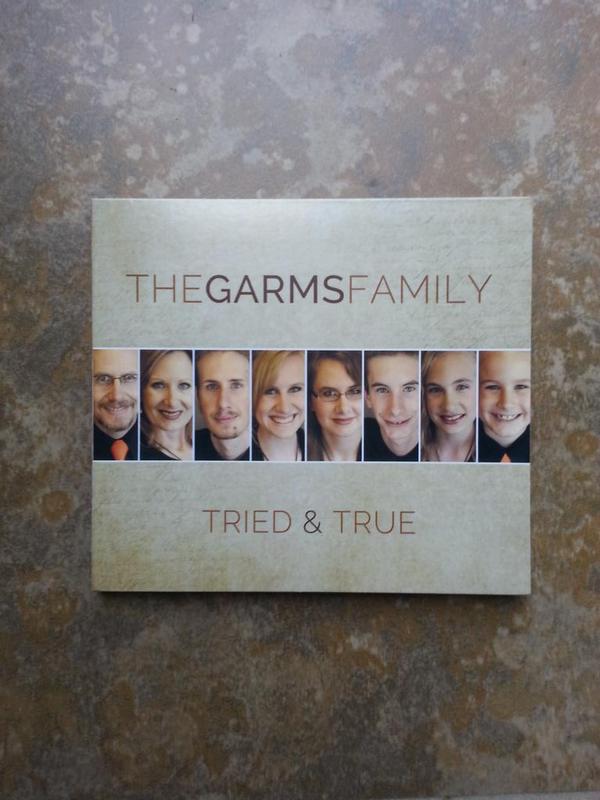 It is always a long process to plan, record, and produce a new album.  From the song selection to finally sending off the master, it is time-consuming — though thrilling (for the most part 🙂 ).  And there is nothing more exciting than finally seeing UPS pull up and deliver the finished project to the front deck.

We have been anticipating Tried and True ever since our first CD, Thank You, Lord.  Ever since we started singing, people have requested particular songs after a concert, and we have been mentally keeping a list of those songs for years.  In January 2014, we had a family meeting to narrow down the top requests — our “tried and true” songs — we had collected.  It was a little difficult, to say the least!  For good measure, we also selected several of our family’s favorites as well.

For the past six months we have been preparing this project with love and excitement.  These songs are the ones that minister the most to our audiences, and includes the oft-requested, “Mountain with His Hand”, written by Taylor.

We received 1000 CDs of Tried and True today, and we’re praising God.  Knowing we had a very busy month in August, we had been praying that the shipment would arrive before the end of July.  Today is July 29th, and God is right on time — as usual!  🙂  We are praying this album will minister to those who listen to it, and that it would bring a blessing each time the songs are played.

The very first CD from the shipment!

You can purchase the CD on our music page and hear clips below.  Take a listen and let us know which clips you liked hearing the most! 🙂